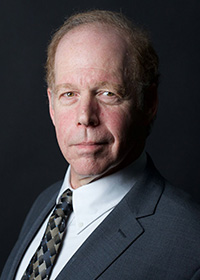 Attorney Scott Benjamin is a Senior Associate with Andreas Vasilatos, PLLC, and has over 30 years' experience as an attorney. Scott worked a public defender with the Nassau County Legal Aid Society for several years. In that position, he defended thousands of individuals accused of all types of criminal cases, from misdemeanors to serious felonies. His caseload included many Driving While Intoxicated (DWI) cases, which he managed through all stages, from arraignment through jury trial.

Because of his understanding of criminal law and procedure, and because of his ability to teach and explain the law clearly, Scott was made Deputy Bureau Chief. In that capacity his duties included not only handling and trying criminal cases, but supervising and training other lawyers in how to do so. Scott has obtained numerous “not guilty” jury verdicts on behalf of his many clients.

Scott also worked as an attorney in a White Plains, NY insurance defense firm where he served as lead trial counsel, representing many companies (through their insurers), in the defense of serious accident cases. These included labor law cases (accidents that allegedly occurred on construction sites), elevator cases (injuries that occurred due to allegedly defective elevators), and a wide variety of other serious injury matters. As with his criminal cases, Scott managed these cases from start to finish, and in some cases handled appeals.

Scott has worked for many years with Andreas Vasilatos on a wide variety of cases, including criminal cases, DWI cases, personal injury cases, divorce cases and more.

When not in the courtroom, Scott performs as a comedian and magician in a number of New York City comedy clubs and theaters. Scott believes that his comedy is more than a hobby. The skills of performing and writing as a comedian and magician are directly related to the skills needed to be an effective lawyer. “In order to be a good comedian,” Scott says, “you need to listen to and observe details. You need to look at the same things as everyone else does, but then notice the unusual thing, the small detail, that everyone else has overlooked. And you need to communicate that clearly. In order to be a good magician,” Scott continues, “You need to be able to focus people’s attention on the things you want to make sure they see.” Scott does these things on behalf of his clients in courtrooms around New York every day.

In regards to Covid-19,  We are reviewing the best guidelines for our city and state for how

we should conduct business and plan to update this message as soon as we can.

Please call our office(s) to get learn how we are engaging with current clients and new at this time.